It’s becoming harder and harder not to think of climate change when contemplating the potential usages of future technologies. In fact, two recent reports, both by bipartisan agencies, are calling for more governmental intervention (in terms of regulations) and spending to drive innovation. While we can hope the new House might take this a bit more seriously than our current Congress, most innovation is coming from the private sector. Swytch, one of our portfolio companies, announced a new on-chain initiative this week, which Business Insider covered:

Reliable energy data is required to orchestrate the grid, design efficient markets and inform effective policy and investment decisions. As the Swytch platform is built with blockchain technology, it frees the data from a centralized governance structure in favor of a distributed approach. The distributed nature of blockchain provides an unprecedented level of trust and transparency.

Swytch wasn’t the only portfolio company receiving attention this week. Forbes jumped into the fake news fight and spotlighted Inkrypt, whose co-founder, Ali Chaudhary, was featured on RCast, as you’ll read below:

The company, which has raised $1.3m in funding to date, is developing a platform which uses blockchain technology to provide “censorship-resistant” publishing. The system allows information to be stored in small, encrypted chunks of data which are distributed across a wide peer-to-peer network, rather than centralized on servers which can be easily attacked by hackers or government lawyers. Each part of the network is cloaked in anonymity so that one storage “node” does not know the identity of any other node.

You should also check out this new interview regarding the relationship between Inkrypt and Translo about the future of medical data sharing. These companies are on fire

Of course, so much of the success of these and all blockchain companies resides in the platform being ready to handle the load in a safe, secure, and scalable manner. As announced on our community call this week, we’ve executed a four-month contract with Whiteblock, which will help us test our system as we prepare the launch of test net and main net next year. Given the initial findings, we’re well on our way to providing the speed and security the world needs. — Derek Beres, Director of Content 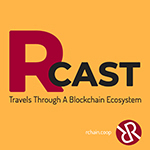 Ali Chaudhary, a co-founder of Inkrypt, understands censorship, having grown up in Pakistan. In 2008, the government first banned Youtube, inadvertently cutting off the entire world from the website. The video sharing site was soon restored, but over the next eight years, the government repeatedly blocked its citizens from accessing Youtube for a variety of (mostly religious) reasons. Finally, in 2016, a local version of Youtube was created to filter out “offensive material.”

Chaudhary and Inkrypt’s other co-founders call this censorship. They’re all from countries whose governments regularly block information from penetrating the consciousness of its population. While we have of late focused on the negative aspects of social media, we have to remember its a critical tool for social coordination, especially in nations that do not have unrestricted access to information. Thus was born Inkrypt, which is building “an anonymous, decentralized content-hosting solution that provides censorship resistance.”

Augmate, an IoT and Wearable Device Management company (in the RChain portfolio), recently launched its own digital security, $MATE. Thus far the company has cast a wide financial net, using traditional equity, sales, and now digital securities in its model. Clients since Augmate’s 2013 founding have included UPS, Toyota, L’Oreal, and Peugot. This move into securities makes sound economic sense to the organization, as well as being an attempt to stay in compliance with regulations.